Youtube has signed one of Twitch’s top video game streamers.

Ben “Dr” Lupo, who has reportedly signed a multi-million dollar exclusivity deal with Twitch in 2019, will exclusively stream from Youtube’s platform now.

Ben, 34, an American is known for playing Fortnite, Destiny, Escape from Tarkov, and Among Us, ranks 26th when it comes to followers at 4.5 million.

Twitch said it wished him “nothing but the best in everything that comes next”.

He made the announcement in a glossy promotional video packed with computer graphics and orchestral music. 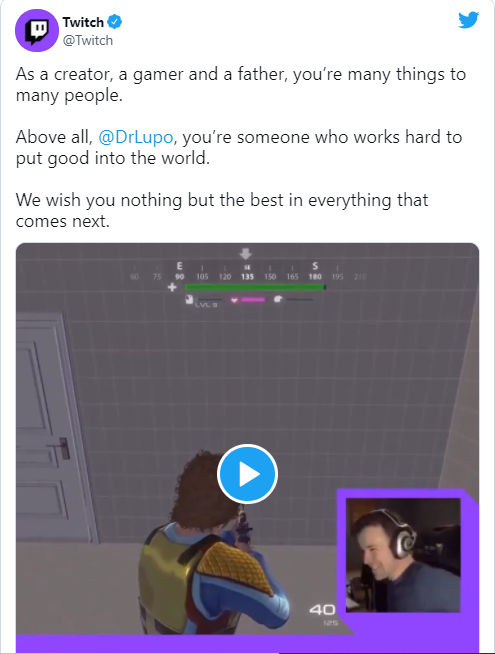 Dr. Lupo already uploads live-streamed broadcasts and Youtube reels through his channel that has 1.75 million subscribers.

But will it help him gain more followers? Changing platforms can result in the loss of followers as well.

A year later, Microsoft announced that Mixer is shutting down and encouraged its partners to move to Facebook gaming.

Facebook Gaming is comparatively small in the live streaming space compared with Youtube gaming and Amazon-owned Twitch, which dominates.

In April, Streamlabs and Stream Hatchet estimated, of the total hours watched in the first quarter of 2021:

The figure for Youtube might go down in the second quarter as suggest YouTube’s pandemic viewership bump may be over.