Google is scrapping its plan of pitching bank accounts to its users called “Plex”. This move announced by Google was its initiative to enter the fintech market. 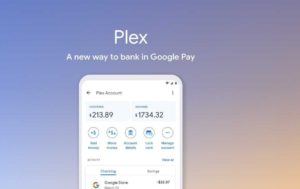 The idea behind the Plex product was to generate a better experience for users in terms of mobile banking.  And have an account that is mobile-first rather than mobile also.  As per the reports, the program of Google was to allow the users to have digital bank accounts present within Google Pay. For starters, these bank accounts were offered by 11 banks, and credit unions thus enabling the users to get both checking and savings accounts without monthly fees in addition to minimum balance requirements plus abolishment of the overdraft fees.

Google said in its statement that it will aid the banks in digital matters in contrast to providing these services itself. The company would be delivering “digital enablement for banks and other financial services providers rather than us serving as the provider of these services.”

The tech giant entering the fintech industry was an effort to strengthen its online financial market. Plus, there is a chance that Google seeking the potential of the fintech market was willing` to grab its fair share too.

The fintech market no doubt is witnessing incessant growth. As also evident from the World Bank’s last year report which stated that fintech companies saw much better growth in the first half of 2020 in comparison to 2019. The increased growth of fintech platforms can be due to strict lockdowns which forced people to depend on the online sources of monetary transactions. This also subsequently led to the development of fintech software.

Although, there is no definite reason reported by the company for this current shutdown. But people who are familiar with the matter say that this decision can be because of the departure of Caesar Sengupta who was the manager of Google payments. He was the one overseeing this project but earlier this year he left to start his own venture of a financial tech company called Abro Works.

Google, for now, is also concentrating to robust its position in the E-Commerce industry. Because previous week the company announced its plan of revamping its E-Commerce tools. For now, it seems like Google is going to give up its fintech ventures. But considering the potential of this market Google cannot stay away for too long as the Global Fintech Market is expected to reach a value of $305 Billion by 2025.